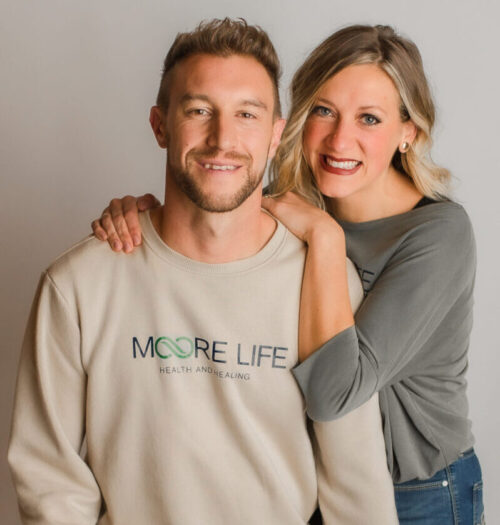 Ryan Moore was born and raised in New Hampshire. He graduated from St. Lawerence University with a BS in Environmental Studies and Anthropology. His passion for soccer led him to play professionally for AC St. Louis, where he found chiropractic care to be a career saver during a herniated disc injury. Because of this he went on to study chiropractic at Life Chiropractic College West, located in the bay area of California, a healing mecca where he was trained by some of the best healers in the world. With them he was introduced and trained in the Zone Technique. This technique balances the brain and aligns the spine so that the body can restore itself to optimal health. It focuses on harmonizing the 6 systems in the body that were formed during the embryonic stage: your glands, elimination processes, nervous system, digestive organs, muscle system, and circulation.

Dr. Ryan is passionate about sharing his own chiropractic success story, as well as educating people on their health options to get the best healing results possible. He specializes in the Zone Technique to realign the body, restoring function and health.

Allyson Moore grew up in Williamston where her love of creating health and vitality began. She graduated from Michigan State University with a BS in Food Sciences before she left the area for 4 years to earn her doctorate of chiropractic at Life West Chiropractic College in California. During school, Dr. Allyson focused much of her training on working with pregnant women and children. She was on the executive board of the Pediatrics club and became Doula certified in 2015 as well as Webster Technique certified (a technique to balance the pelvis of pregnant women). Dr. Allyson also exclusively studied the Zone Technique to gently and safely adjust the bodies of any aged person.

Dr. Allyson is truly a student of life. Her curiosity drives her to continue to learn and study various topics relating to health and well-being. She recently earned her certificate in the Science of Well-Being from Yale University and is currently researching women’s hormonal health and the impact our hormones have in all aspects of our life.